“He’s still nowhere near good enough and hasn’t got the discipline. He’s a liability defensively. What he does give you is a fantastic passing range. There’s no doubt he has a great relationship with [Zlatan] Ibra[himovic],” the Reds legend said. END_OF_DOCUMENT_TOKEN_TO_BE_REPLACED

Jose Mourinho said that he already knows his best team and that there might be changes coming during the January transfer window. He believes that there are some fringe players that might benefit from moving away from the club as he cannot guarantee whether they will get enough playing time by staying at the club. END_OF_DOCUMENT_TOKEN_TO_BE_REPLACED

The news, though, does not come as a major surprise given that United have been looking to revamp that almost the entire squad since the arrival of Jose Mourinho. Even though the addition of Zlatan Ibrahimovic is certainly an important one, it is a very short-term signing nonetheless.Mane, though, will be different since he can contribute to the club at least for the next five years. Even though there was a lot of interest from other clubs,Mane says that the offer from Liverpool was too good to turn down since he believes he will get a lot of opportunities to improve as a player while playing at Anfield.
END_OF_DOCUMENT_TOKEN_TO_BE_REPLACED

It is believed that Ryan Giggs will be leaving Manchester United in the summer.

Indeed, the former Manchester United player has refused a reduced coaching role at the club and wants to move on. It is reported that Jose Mourinho wants to bring his own staff to Old Trafford and as such offered Ryan Giggs a new role at the club. But the latter has already made up his mind to leave the club.

It is reported that Ryan Giggs has been frustrated by the way Manchester United treated him. Indeed, there was an agreement in place that he will be given the Manchester job after the departure of Louis Van Gaal, but instead, the club chose to go for Jose Mourinho.

However, Ryan Giggs have yet to have a direct discussion with Jose Mourinho about his future. The Portuguese manager is due to start work with his staff on Monday, and it is believed that the Portuguese manager might make an effort to keep Giggs at the club.
END_OF_DOCUMENT_TOKEN_TO_BE_REPLACED 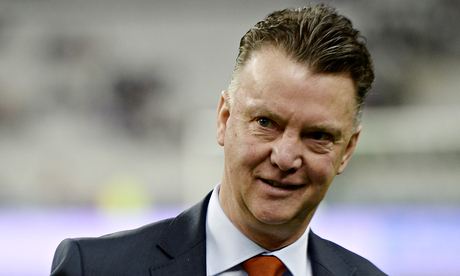 However, he added that he would not want to complain too much as he respects what Leicester have achieved this season by winning the title and he congratulated them for their achievements. END_OF_DOCUMENT_TOKEN_TO_BE_REPLACED

AC Milan’s head coach, Sinisa Mihajlovic has come out in defense of mario Balotelli’s behaviour. He said Balotelli’s has a character rating of 10 out of 10. The 25-year-old’s career has been much talked about due to distractions off the pitch and his history of bad disposition. Since returning to San Siro on loan from Liverpool, he has stayed out of trouble and it’s incredible.

The talented forward has been on the sidelines a lot due to injury concerns. He has played 16 games scoring 3 goals for the team. After meeting him recently, Milan coach says he still has confidence in him.

Sinisa Mihajlovic told Sky Sport Italia: “I was blunt with him. I wanted to talk to him and look at him, because I’ve known Mario since Roberto Mancini gave him his Inter debut.”

“He was a kid then. Many years have passed and he’s changed, too. I found a mature person, a man, not a boy. I wanted to look him in the eyes, and he gave me the right impression. The key thing is that he’s a good lad, and I really like him,” he continued. END_OF_DOCUMENT_TOKEN_TO_BE_REPLACED

The head executive vice-chairman of Manchester United, Ed Woodward has recently called up his team of scouters so they can start searching for the winter transfer window targets of Louis van Gaal and it’s believed that the Dutch will be given or possibly has already been a given a transfer budget in the region of £120 million so that he can improve his squad and continue charging for a top spot in the Premier League.

This injection of money might be what Louis van Gaal needs in order to help resolve some of the weaknesses that his team has been displaying and one of the areas that the Dutch coach wants to improve is his attacking department.

Wayne Rooney is currently the top goal-scorer of Manchester United but he hasn’t really been as productive as he has been in previous seasons. The English attacker has so far scored 6 goals in 18 appearances and this just show how much the players of Louis van Gaal have been struggling on scoring goals. If Rooney is the top goal-scorer of Manchester United and he has only scored 6 times, you can imagine how the rest of the team is doing.

One of the players who is rumored to be in the watch-list of Louis van Gaal is EzequielLavezzi from PSG. The Argentine player is a very talented forward who can also serve as an attacking midfielder or a winger and Lavezzi is a realistic player that can be signed. END_OF_DOCUMENT_TOKEN_TO_BE_REPLACED